Posted on October 30, 2019 by Southern News Leave a comment 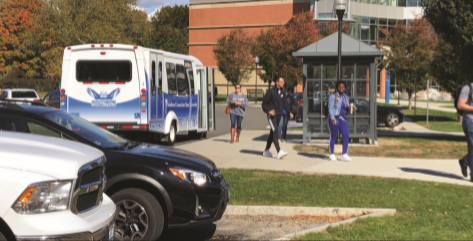 The university has finally finished developing a new shuttle tracker app with updated software that allows all app users to track the buses in real-time, as well as other improvements.

The new app has made several improvements on the outdated software that Southern had previously used for their tracking device on the shuttle busses, which had not been updated since 2012.

The new software allows tracking in real time, which is a change from the previous software that would refresh the location periodically.

“[The old software] worked pretty well, for the time, but as technology changes, it’s important for us to make changes too,” said Chief Joseph Dooley of the Southern Police Department.

The user interface of the new software is intended to be more simplistic and run faster. Students can now see the routes for all the buses, as well as their exact progress on the route in real-time.

The updated software was first shown to regular commuters in the beginning of the semester, and they were asked to give their general opinion and any feedback they had on the new app.

“The feedback has been positive. Since we’ve pushed it out, we’ve heard people say that it certainly seems to be an improvement,” said Dooley.

Several improvements on all fronts had been made for the new app.

The accuracy of the actual tracking allows for students to gauge when the buses will arrive, letting them react to things such as traffic and other factors that may slow down the route.

“The previous [app] updates the buses’ positions every ten seconds, this one uses algorithms to accurately track the buses in real time, there are various alerts that you can push out to riders as well. Creating routes is much easier than the previous edition, also,” said Gregory Tower of First Transit, a developer of the updated tracking software.

The previous software being used was developed by a company that is no longer active, so the program was not receiving any updates as technology had continued to improve since its implementation.

A major goal of the new app was to reduce students’ confusion regarding where the shuttle is.

Previously, many students would call the support center and ask where the buses were when they were running behind schedule.

This new app has significantly lowered complaints and questions regarding that issue.