Posted on November 4, 2020 by Southern News Leave a comment 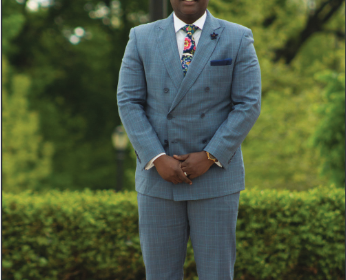 ,Jermaine Wright, vice president of Student Affairs, will be leaving after working with the university for two years.

“I have really enjoyed my time at Southern and being the only man of color within a leadership structure at the level has been good to see, but I wish there were more,” said Wright.

Wright has made a profound impact on campus by structuring and collaborating on projects that push for inclusion and opportunities for students of color.

“I help students connect with resources and support to help bring them to the next level,” said Wright.

While working for the National Urban League, Wright said he learned of the “nationwide issue around Black and brown people not having access to employment.”

Wright said there is an “epidemic of people of color not being on an equal playing field when it comes to allocation of resources and/or support that people of color receive.”

He also said it is important for those students to have faculty members who are persons of color and look like them. He said it is meaningful to him to have been a role model for students at a predominately white institution.

“I’m saddened by the fact that in my departure, there will be limited men,” he said. “I don’t think there will be any men of color within the senior leadership structure.”

During his time on campus, Wright worked closely with the university access programs, such as the Southern Educational Opportunity Program (SEOP) and Gear Up, to help low-income, first-generation and students of color make it to the finish line.

The position held by Wright was one of power and importance, especially among students of color. Wright was the only black man serving on many university boards.

Wright’s impact is profound on campus, especially in the realms where minority students are affected most.

“Working in population that are similar to my upbringing, I began to see the students in need and think of them as myself, however many years ago,” he said.

In his two years here, he has completed long-lasting accomplishments.

Bringing the Iotas to Southern is one example of how Wright has “helped to diversify the population of students by bring more historically Black Greek organizations to the campus,” he said.

Another example of Wright’s impact on lower-income and minority students is a study abroad trip to Bermuda that he helped organize for students who are part of the access program.

Students who participate in the access program are predominantly minority students. Many have never traveled beyond Connecticut.

These students were given the opportunity to obtain passports and travel outside of the country.

In his time working in the Student Affairs office, Wright was successfully able to create six functional areas where all the work in the office is categorized.

Wright said these six areas “have been very pivotal in ensuring the way we categorize work in student affairs.”

“It’s a way to really compartmentalize, strategize and structure the work of student affairs,” said Wright.

With a notable presence on campus, Wright said he is grateful to have been able to help students during his time here.

“As I’m leaving,” said Wright, “I’m hearing a lot from students who’ve said, ‘thank you so much, I’m going to miss you because I bumped into you in the hallway and you recommended something to me or you said there was a book loan program or offered assistance and support,’ unbeknownst to me, because that’s just the nature of what I’ve been compelled to do.”