Posted on October 18, 2019 by Southern News Leave a comment 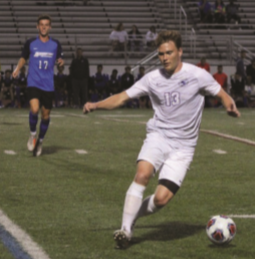 Edward Rudman — Contributor As the clock hit zero, the men’s soccer team faced their fourth loss of the season. They were unable to come away with the victory and lost 3-1 against Franklin Pierce University. With the loss, the Owls dropped down to 2-4-4 on the season and 1-4-2 in NE10 conference play. Franklin Pierce, on the other hand,

END_OF_DOCUMENT_TOKEN_TO_BE_REPLACED

Mouthn’ Off Radio kicks off the semester

Posted on January 27, 2015 by Southern News Leave a comment

END_OF_DOCUMENT_TOKEN_TO_BE_REPLACED

Posted on October 27, 2014 by Southern News Leave a comment

Diane Lazarus – Special to the Southern News Robert E. Kendall Drama Lab was filled decoration of the Halloween seasons–balloons, cookies, candy, pumpkins and Halloween costumes, for the WSIN Sinfest. A concert called Sinfest where WSIN, the radio station of SCSU reaches out to local artists around Connecticut to perform. Novelty was one of several bands that performed. Other local