Posted on September 17, 2016 by Southern News Leave a comment

Sammy Maximin, a senior business finance major, said he does not dress seasonally but instead, he wears bright colors for all of the seasons.

“Picking out an outfit is usually how I am feeling,” said Maximin. “Some days I feel more bold than others.”

According to research by the website Deep Trance Now, colors play an important role in setting a certain mood. The research added, colors are certain wavelengths of electromagnetic energy seen through eyes.

“Different colors give me different vibes and energy,” said Maximin.

When he wears blue he feels cool and calm, pink makes him feel sexy, and yellow means there is a positive vibe, said Maximin.

According to the website Color Psychology, the color blue signifies enthusiasm or compassion or spirituality or peace. The research adds that the color pink can represent love, calmness, innocence or optimism, while the color yellow can imply cheerfulness, energy, joy, intelligence, confidence, and creativity.

Maximin said a lot of people ask if dressing up takes a long time for him and he said it typically takes a few minutes, but if he is really trying it can take up about thirty minutes.

Maximin said, for the fall and winter seasons he wears more hoodies and sweatpants but does not commit to certain colors.

Elise Ryan, a sophomore undecided major, said she is looking forward to dressing up for the fall season. She said she enjoys wearing baggy elephant pants with colorful prints with tank tops and cardigans during the fall.

“I tend to wear more maroon and dark green during the fall,” said Ryan.

She said she really likes wearing the color combination of dark pink, orange and brown.

“I like to give hippie vibes with the colors I am wearing,” said Ryan.

She added she likes to be unique while dressing up. Ryan said she could wear a scarf as a belt or over her hips.

Ryan said during the summer she went to a few festivals where she bought festival clothes to wear during school.

Lori Donovan, a junior elementary education major, said she enjoys wearing color tones similar to the dress she is wearing in her picture (below.) She said she purchased the dress on a summer cruise to Bermuda for $45. 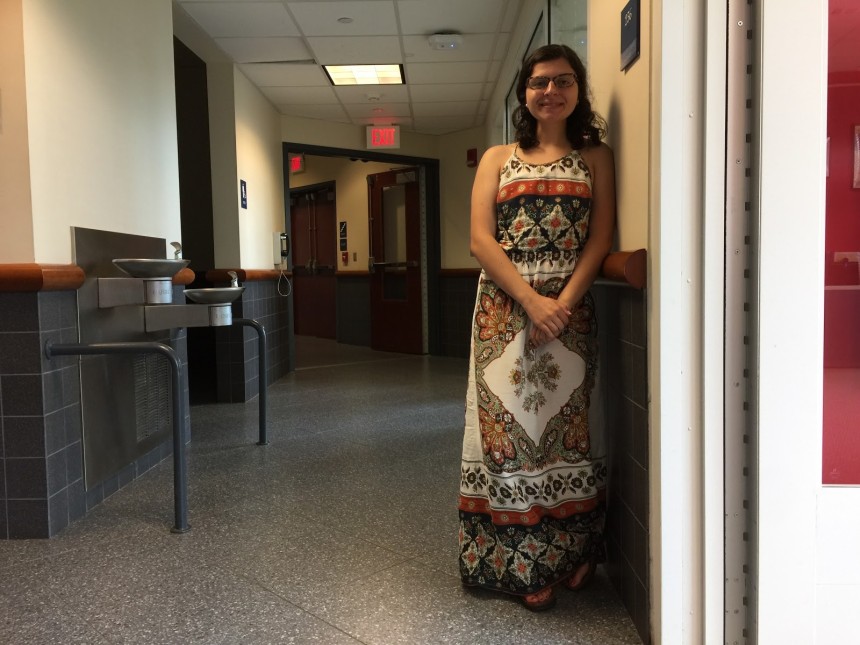 “I love fall,” said Donovan. “There are so many different options.”

Donovan said during the fall it is cool enough to wear boots and warm enough to wear jeans and dresses; whereas in the summer the common option is wearing shorts.

Donovan said she typically wears a lot of black and grey with paste colors for the fall season.

“I never understood it when people say, that’s a fall outfit,” said Maximin.